The first U.K larp was probably Treasure Trap and in this video the two presenters from the BBC Children’s TV show Blue Peter, Simon Groom and Peter Duncan visits the game.

Thanks to Lizzie Stark and Nathan Hook for the tip.

It’s like that with Playground right now. The Danes have arrived to make it all better again.

END_OF_DOCUMENT_TOKEN_TO_BE_REPLACED

This years Knutepunkt/Knudepunkt/Knutpunkt/Solmukohta-conference will be in Finland and is therefore known as Solmukohta 2012!

The dates are April 12-15 and registration is said to open in January. As always the conference is packed with people telling you (hopefully) interesting stuff about roleplaying or engaging you in an awesome workshop or game.

However, to be able to put together a program Solmukohta needs you and your fresh or just great ideas. This year the theme is design which you may or may not fit your item into.

In support of Helsinki’s status of World Design Capital 2012 the theme for Solmukohta 2012 is design. What does design mean in live action and other forms of roleplaying? What is game design and how does it overlap with – and relate to – other forms of design? Why do we design and who do we design for? We want to explore the core of game design and talk about its different forms, trends, possibilities and future. Should design always aim for something extraordinary and exquisite, or is it possible to dress up in our old elf ears and let the wind blow through our dusty capes in a design fantasy setting? What qualifies as design?
Solmukohta 2012 – Call for program

Deadline for program-items is February 28th.

For some Knude-inspiration you can also watch the video from Knudepunkt 2011.

– We aim to tell a dark and urban fairy tale about the part of Stockholm that lives in the shadows, the tunnels, the forgotten alleys and beneath, above, around our everyday Stockholm, says organizer Sofia Stenler.

It’s possible to play groups from other cities, eg the Danish East Indian Company, as well as English speaking groups from Understockholm.

French artist Pierre Huyghe his film The Host and the Cloud at the Marian Goodman Gallery in New York this spring. The artist has been unavailable for comment, but the gallery confirms that “he definitely used these methods for directing the actors in The Host and the Cloud, LARP (Live action role playing) but also ARG (Alternate Reality Game)”.

The Czech larp association Court of Moravia has put together a really nice short movie to explain what larp is. Actually it is one of the better explanations I have seen.

Press the CC-button for english subtitles. Unless of course you speak Czech.

We are Court of Moravia and we have been dedicated to larp for quite some time (seven years, to be exact). We do everything from game design and screenwriting to implementation and marketing. And judging by satisfied participants, we do that fair and right.

Our portfolio includes more than two dozens of larps, we host international festival Larpweekend every year, we have co-founded larp conference Odraz and also done a whole bunch of other things that we won’t bother you with. What really matters is what we are going to do tomorrow, not memories of what we did yesterday.
Court of Moravia

If you are looking for a good explanation of larp in text, check out What Is Larp by Lizzie Stark.

Wolsung: Steam Pulp Fantasy is a roleplaying game of cinematic action set in the daring times of the Magical-Industrial Revolution. The setting is an alternative Earth in the fantastic 19th Century. The game is due in English from Studio 2 Publishing, planned spring 2012. 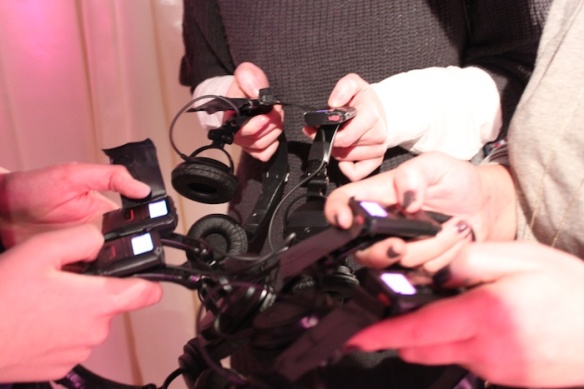 There is no audience.
There are no actors.
The Avatar Condition is something else.
Discover who you become when someone else makes your decisions.

Gabriel Widing from Interacting arts writes about his latest project The Avatar Condition (Avatarvaro in Swedish) which will be running at Turteatern in Stockholm December 8-11. Is neither larp or traditional theatre. It explores the position of the avatar as “an invitation to being controlled”. 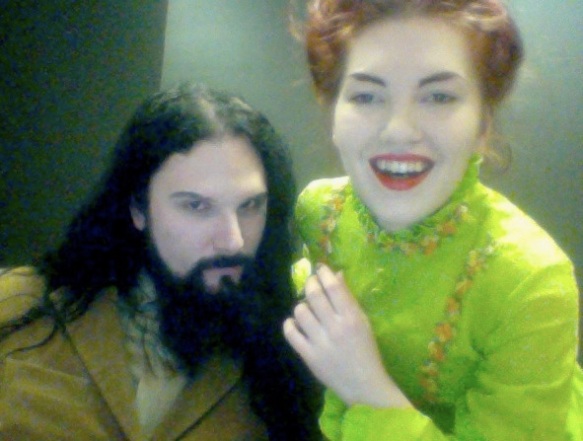 – We will be writing, designing, mentoring and producing hard-to-define, live, pervasive or transmedial games. Preferably stuff that makes people want to cry, fuck or blow shit up, says Ericsson.

Bardo is Martin Ericsson (a.k.a. Elricsson) and Adriana Skarped (a.k.a Daggenfelt), the creative couple behind International Emmy Award winning participation drama “The Truth About Marika” (produced by SVT). Martin has worked as a creative director and designer with Christopher Sandberg’s The Company P for almost five years, writing, designing and running game-like projects.   Bardo has been contracted to produce and run “quality participation” (including a documented larp, some live events and an online mystery) for The Artists (see Playground #2).

Also check out this interview with Martin about The Conspiracy for Good which ran during the summer of 2010 in London.

MittelPunkt is the international live role-play conference of the german LARP association. From 13th to 15th January 2012 in Mainz (near Frankfurt/Main).

Some of the program items will be held in English.

Playground Magazine is a quarterly magazine for and about the New Wave in role-playing, covering live-action and tabletop roleplaying around the world.

On our web we will cover news about the role-playing world from the Things-section in Playground, as well as the latest info and tidbits from the magazine.

Got Things?
Send your stuff to our news editor Claus Raasted at claus.raasted@gmail.com