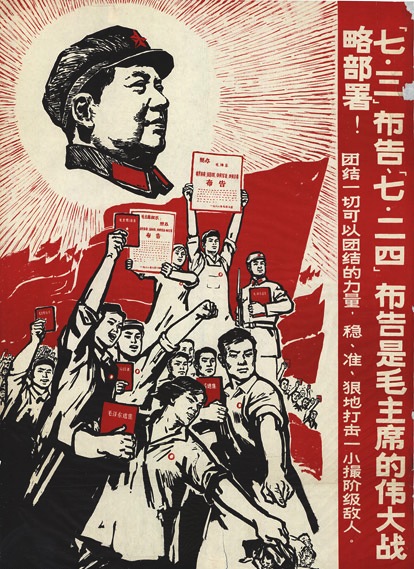 Rød oktober (Red October) is a larp about the Norwegian Maoist party AKP(m-l) in the 1970s. The players will assume the roles of activists on a party gathering at a secret location somewhere in Norway.

- We hope to use this larp both to explore the historical phenomenon of AKP(m-l) and the shaping of consciousness and ideology in tight-knit groups, and generally to have fun, says Even Tømte, one of the organizers.

The Maoists movement in Norway grew out of the broader youth rebellion of the 1960s, and probably was the best organized and most politically rigid of the lot. While they never got a significant political following, they exerted an influence far beyond their actual numbers, perhaps particularly in cultural life. This made them not just a fringe group, but a quite important phenomenon in post-war Norwegian history.

– Recent Norwegian history is obviously the most important source of inspiration for us. The organizers come from different political backgrounds, but all of us have worked for the revolution at some point in our lives, and some of us perhaps still do. Exploring conflicts and dynamics on the left, the idea of revolution and the seductive call of revolutionary ideology are to varying degrees also connected to our own personal experiences, says Tømte.

Played primarily in the Norwegian. 21-23 October, near Oslo.

Playground Magazine is a quarterly magazine for and about the New Wave in role-playing, covering live-action and tabletop roleplaying around the world.

On our web we will cover news about the role-playing world from the Things-section in Playground, as well as the latest info and tidbits from the magazine.

Got Things?
Send your stuff to our news editor Claus Raasted at claus.raasted@gmail.com